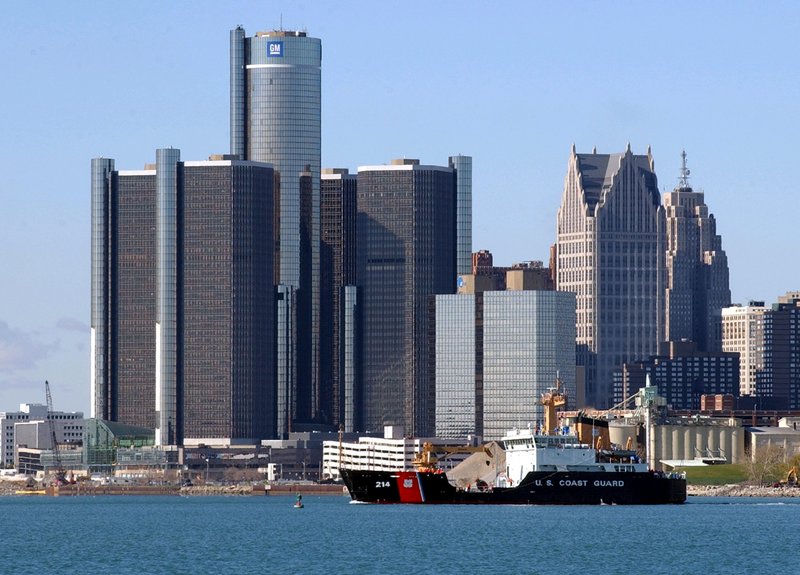 
Detroit is a city that requires much research.  I am visiting Detroit monthly, getting to know the city, and looking for
opportunities.  Crime is widespread in the city and almost all neighborhoods are dotted with vacant homes.  Predicted
continued population decline in the future means that growth will likely be focused in certain key areas.
Any property purchased should be made secure immediately and be rentable to avoid vandalism and damage by squatters.
Detroit is attracting thousands of new jobs in rechargeable battery technology and production, new investment by the
automobile industry at their current Detroit assembly plants, and even the production of high-speed rail.  I like neighbourhoods
near some of the more aggressively redeveloped areas such as the university and downtown.  The Detroit suburbs also offer
much opportunity.


Detroit filed the largest municipal bankruptcy in U.S. history in July 2013.  The process has been slowly working through the
courts and Detroit may emerge from bankruptcy this fall.  The largest hurdle has been the pension debt owed to past city workers.
There are many who want this bankruptcy resolved.  Called the "grand bargain", national and regional foundations have committed
$466 million to the city.  The state of Michigan has also pledged an additional $195 million to help cushion pension cuts and allow
the city to exit bankruptcy.  I believe that this entire process is very good for Detroit.  Detroit has been in decline for several decades and bankruptcy is the catalyst to allow future positive growth and change.


Back to Main Page